I spent a couple of days at Sheerness a while back and had a great session on board Svitzer Victory with Captain Steven Goodyear and Chief Engineer Shawn Scutts.  These are singular vessels with only one function and everything is geared to performing that function.  At 34m LOA it is not a very large boat but it’s with it’s two 4894bhp engines it is certainly up to the job.  The view from the command station is just that – commanding – with pretty much every part of the boat visible and most of the controls, it seemed to me, were to do with power management.

Steven Goodyear though, was a quiet unassuming guy who oozed calm and confidence, just the kind of guy you would hope and expect to be in charge of a very powerful machine! 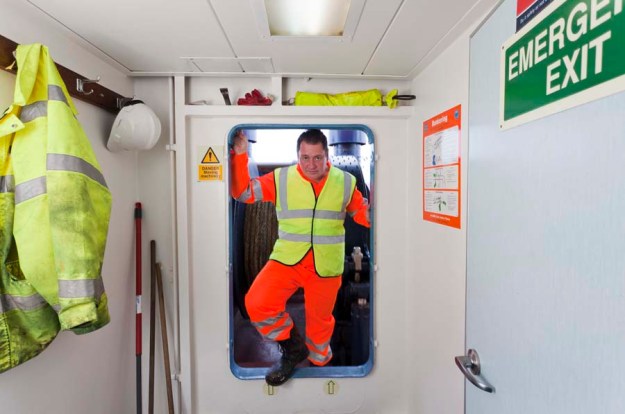 Another one from the SeaPeople project: 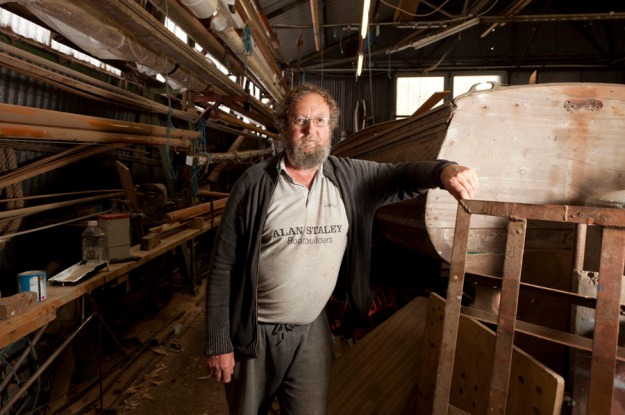 Alan Stanley has been building wooden boats all his life and is something of an institution at Chambers Wharf, where his workshop is located on the banks of Oare Creek.  His workshop is a wonderful hands-on environment where people really get to grips with their material.  Not a iPhone, computer, gigabyte, pixel or router in sight, just lots of tools and wood dust and some fantastic looking boats. (And that marvellous smell of freshly cut timber!)

To make a change from architecture and landscapesI thought I might start sharing some of the images from my SeaPeople Project.  I’ll do this one portrait at a time.

This project began about three or four years ago and has lain dormant for a while although I now have a couple of new shoots in the pipeline which has given it a exciting boost.  It is a portraiture project photographing ordinary people who earn a living from working on the sea, either aboard boats or in a supporting role.

This first portrait features Martin Cox, the Engineer Superintendent aboard Union Pluto, one of seven vessels for which he is responsible.  Originally he trained as an agricultural engineer before becoming a Cadet Engineer in 1989 working aboard a variety of large tanker and container ships on deepsea routes.  I photographed Martin at Whitstable Harbour on a very wet day in 2010.

Years ago, before I had nurtured my own interest in photography, we had a family friend who was a photographer. She was Jansje Wissema and regrettably she died in the 1972 (I think) before I could really get to know her.  She produced some fine images of my family in between doing her District Six work for the South African Institute of Architects (more about that later maybe) and the medical work that paid the rent.

Her image of my brother Adi sitting in a chair in front of the huge 8 sheet Steinlen Lithograph poster (Steinlen is more famous for his cat posters) that used to hang in our dark sitting room, remains one of my favourite pictures.  I have tried persuade the curator of photographs at the SA National Gallery to sell me a print but they remain steadfastly reluctant to consider the idea. The SANG now own all of her negs so I can’t argue the case and so I have to make do with the little print she gave us at the time. Her work has a respect for humanity that I think in these days of image proliferation is sometimes hard to find.

I also have a vivid memory of being fascinated my one of her Christmas Cards that was made from a photogram of a head of Agapanthus.  It is particularly interesting now, in that photograms are really a product of the analogue era and are not easy to produce nowadays.

Many years later, though still in the days that I had a functioning darkroom (rather than a loft full of it’s contents!), I used some Cow Parsley, Agapanthus not being easily available in the UK, to produce my own version of her card that had something of the feel of her original.

She remains a source of inspiration for me both in terms of photographing architecture and portraiture.